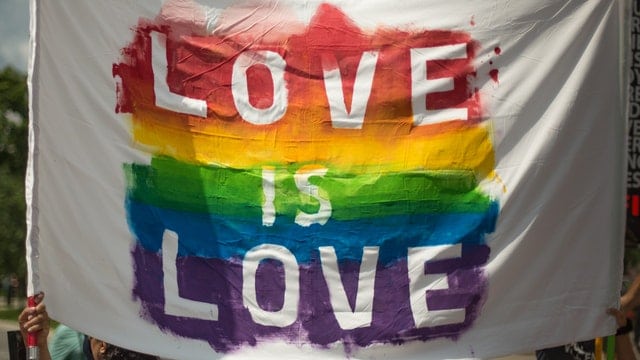 Today, the United States Supreme Court ruled that firing an employee merely for being gay or transgender violates Title VII of the Civil Rights Act of 1964. While there can be little debate over whether gay or transgender individuals are deserving of such protection (they are), it must be noted that this outcome was far from clear under the plain language of the Civil Rights Act, which merely protects from discrimination on the basis of “sex” without specific reference to sexual preference or the transgender community. In the absence of a statutory amendment specifically designed to protect the gay and transgender communities, it was at least equally plausible that the Supreme Court would interpret the term narrowly and deny protection under Title VII of the Civil Rights Act.

But today’s landmark decision from the nation’s highest Court is even more noteworthy because of the individual who authored it: Justice Neil Gorsuch. When appointed to the Supreme Court, Justice Gorsuch was hailed as a conservative icon. Many believed that he would side firmly and reliably with his conservative colleagues, including Justices Alito, Thomas, and later Kavanaugh. It was surprising to see that Justice Gorsuch authored an opinion joined instead by Justices Ginsburg, Sotomayor, Kagan, and Breyer. (Chief Justice Roberts, who tends to be a swing vote, also sided with the majority.)

Justice Gorsuch is widely known as a “textualist,” which refers to a school of thought in which the application of constitutional or statutory law should be based primarily on the ordinary meaning of the legal text without regard for non-textual sources, including indications of legislative intent when it was passed, the problem the law was designed to remedy, or questions regarding whether the application of the law would be just or equitable. As applied, textualism and its adherents lean heavily conservative. Justice Gorsuch, however, did not abandon his textualist roots to arrive at today’s opinion. In deciding that discrimination against gay or transgender employees is prohibited by Title VII of the Civil Rights Act, Justice Gorsuch reasoned as follows:

Congress outlawed discrimination in the workplace on the basis of race, color, religion, sex, or national origin. Today, we must decide whether an employer can fire someone simply for being homosexual or transgender. The answer is clear. An employer who fires an individual for being homosexual or transgender fires that person for traits or actions it would not have questioned in members of a different sex. Sex plays a necessary and undisguisable role in the decision, exactly what Title VII forbids.

Those who adopted the Civil Rights Act might not have anticipated their work would lead to this particular result. Likely, they weren’t thinking about many of the Act’s consequences that have become apparent over the years, including its prohibition against discrimination on the basis of motherhood or its ban on the sexual harassment of male employees. But the limits of the drafters’ imagination supply no reason to ignore the law’s demands. When the express terms of a statute give us one answer and extratextual considerations suggest another, it’s no contest. Only the written word is the law, and all persons are entitled to its benefit.

In authoring today’s opinion, Justice Gorsuch embraced his textualist principles and demonstrated admirable ideological purity. Politics aside, he should be commended.