HOW TO VACATE A COURT ORDER

WHAT CAN I DO WHEN THE JUDGE GETS IT WRONG?

When you disagree with a Court Order, you have five basic options: (1) request correction of a clerical error; (2) file a motion for reconsideration; (3) file an appeal; (4) file a motion to vacate; and (5) file a motion to modify based on “changed circumstances,” which applies only to custody and support orders.

CLERICAL ERRORS. Correction of a clerical error can occur at any time and does not necessarily require a motion. Clerical errors include, for example, simple mathematical mistakes. But be warned, there is often significant disagreement over whether an error was merely clerical or was actually a substantive mistake. You can read more about correcting clerical errors here: [Guide to Clerical Errors.]

APPEAL. An appeal of a final Court Order must generally be filed within 45 days of the date on which the Order was entered. However, when appealing a non-final Court Order (i.e., “interlocutory” or “pendente lite”), you must generally file that appeal within 20 days of the date on which you received the Order. There are exceptions and circumstances in which these deadlines can be extended. You can read more about appeals here: [Guide to Appeals.]

MOTION TO VACATE. Even after those deadlines expire, you have another option: file a motion to vacate the Order. There are several reasons listed in the Rules of Court that might warrant vacating a Court Order. Depending on the reason for which you are asking to vacate the Court Order, you are required to file your motion within either one year of the Order’s entry, within a “reasonable time,” or at any time.

This section of the Divorce Guide discusses motions to vacate.

All the requests above, except appeals and correction of clerical errors, are made by filing a motion. You can find out how to file a motion here: [Guide to Filing Motions.]

HOW DO I VACATE A COURT ORDER?

In general, you can ask the Court to vacate a Court Order by filing a motion, and whether the Court grants your motion is governed by Court Rule 4:50. [R. 4:50.]

You can learn more about how to file a motion here: [SDFL Guide to Motions.]

Please note that requests to vacate a Court Order only apply to final judgments. An interlocutory (or “pendente lite”) order can be reconsidered, modified, vacated, or otherwise altered in any manner and at any time on a simple showing of “good cause,” which is an unusually low burden. [Lombardi v. Masso, 207 N.J. 517 (2011).] In fact, the Court has “complete power over its interlocutory orders and may revise them when it would be consonant with the interests of justice to do so. [Ford v. Weisman, 186 N.J. Super. 614, 619 (App. Div. 1983).]

WHAT IS THE DIFFERENCE BETWEEN AN INTERLOCUTORY ORDER AND A FINAL ORDER?

The distinction between an interlocutory (also known as “pendente lite”) order and a final order is worth exploring. An interlocutory order is one that does not resolve all issues as to all parties.

“[A]ny order or form of decision which adjudicates fewer than all the claims as to all the parties shall not terminate the action as to any of the claims, and it shall be subject to revision at any time before the entry of final judgment in the sound discretion of the court in the interest of justice.” [R. 4:42-2.]

An interlocutory order by its very nature is temporary and often entered based on incomplete or conflicting evidence. After all, the Court generally has not taken testimony at trial, allowed cross-examination, heard expert opinions, or had the benefit of complete disclosure of the relevant facts obtained during the discovery phase of litigation.

A final order/judgment does resolve all issue as to all parties.

The distinction between an interlocutory order and a final order can be quite tricky in the post-judgment context, and I strongly recommend consulting an experienced attorney.

FOR WHAT REASONS CAN I ASK THE COURT TO VACATE AN ORDER?

Each of these six subsections has its own unique body of law that the Court must use to decide whether granting relief is appropriate. If you intend to file a motion to vacate a Court Order, I recommend retaining a qualified attorney to assist you.

“Rule 4:50-1(a) provides relief when a judgment has been entered as a result of “mistake, inadvertence, surprise, or excusable neglect.” The four identified categories in subsection (a), when read together, as they must be, reveal an intent by the drafters to encompass situations in which a party, through no fault of its own, has engaged in erroneous conduct or reached a mistaken judgment on a material point at issue in the litigation.” [DEG, LLC v. Township of Fairfield, 198 N.J. 242 (2009).]

Excusable neglect has been defined as excusable carelessness “attributable to an honest mistake that is compatible with due diligence or reasonable prudence.” [Mancini v. EDS, 132 N.J. 330, 335 (1993).]

“To obtain relief from a judgment based on newly discovered evidence, the party seeking relief must demonstrate ‘that the evidence would probably have changed the result, that it was unobtainable by the exercise of due diligence for use at the trial, and that the evidence was not merely cumulative.’”  [DEG, LLC v. Township of Fairfield, 198 N.J. 242, 264 (2009).]

SUBSECTION (C): FRAUD, MISREPRESENTATION, OR OTHER MISCONDUCT OF AN ADVERSE PARTY.

Fraud sufficient to set aside a judgment may include perjury of the opposing party.

“Perjured testimony that warrants disturbance of a final judgment must be shown by clear, convincing and satisfactory evidence to have been, not false merely, but to have been willfully and purposely falsely given, and to have been material to the issue tried and not merely cumulative but probably to have controlled the result. Further, a party seeking to be relieved from the judgment must show that the fact of the falsity of the testimony could not have been discovered by reasonable diligence in time to offset it at the trial or that for other good reason the failure to use diligence is in all the circumstances not a bar to relief.” [Shammas v. Shammas, 9 N.J. 321, 328 (1952).]

“In general, settlement agreements will be honored absent a demonstration of fraud or other compelling circumstances. Before vacating a settlement agreement, our courts require clear and convincing proof that the agreement should be vacated.” [Nolan v. Lee Ho, 120 N.J. 465 (1990).]

Generally, a void judgment may be set aside.

A judgment may be void for any number of reasons, including flawed service of process.

“The requirements of the rules with respect to service of process go to the jurisdiction of the court and must be strictly complied with. Any defects … are fatal and leave the court without jurisdiction and its judgment void.” [Berger v. Paterson Veterans Taxi, 244 N.J. Super. 200 (1990).]

Nevertheless, “not every defect in the manner in which process is served renders the judgment upon which the action is brought void and unenforceable. … Where due process has been afforded a litigant, technical violations of the rule concerning service of process do not defeat the court’s jurisdiction.” [Rosa v. Araujo, 260 N.J. Super. 458 (App. Div. 1992), certif. denied, 133 N.J. 434 (1993).]

SATISFIED. When a litigant complies with the judgment and satisfies its requirements, he or she may be relieved of the judgment. For example, where a tenant was ordered to be removed from her home for violation of a no-pet provision in her lease, the Court ordered the judgment against her set aside after she removed the pet. [Jersey City Management v. Garcia, 321 N.J. Super. 543 (App. Div. 1999).]

NO LONGER EQUITABLE. A judgment may no longer be equitable because of changed circumstances. “[T]he rule is rooted in changed circumstances that call the fairness of the judgment into question.” [DEG, LLC v. Township of Fairfield, 198 N.J. 242 (2009).] This may seem similar to the standard for changing a custody or support order, but be warned, it is much more strict. Unlike the changed circumstances standard governing custody and support orders, relief under RUle 4:50-1(e) typically requires proof “that events have occurred subsequent to the entry of a judgment that, absent the relief requested, will result in ‘extreme’ and ‘unexpected’ hardship.” [DEG, LLC v. Township of Fairfield, 198 N.J. 242 (2009).] “That burden is imposed in order to overcome the courts’ interests in orderly procedures and the finality of judgments.” [Housing Authority of Morristown v. Little, 135 N.J. 274 (1994).]

Some Courts, however, have adopted a more flexible standard in certain contexts. At least for a consent decree related to institutional reform, the U.S. Supreme Court has requiring only a “significant” change in circumstances. [Rufo v. Inmates of Suffolk County Jail, 502 U.S. 367 (1992).] That standard has been adopted by New Jersey Courts as well as it relates to certain public interest litigation. [Toll Bros. v. Township of West Windsor, 334 N.J. Super. 77 (App. Div. 2009).]

Subsection (f) is the “catchall” category. It cannot, however, be applied to situations covered by the other subsection of Rule 4:50-1 to avoid the more stringent requirements.

The language of the Rule itself supports this conclusion; subsection (f) addresses “any other reason justifying relief from the operation of the judgment or order.” [R. 4:50-1(f) (emphasis added).] The Rule provides “six separate and mutually exclusive grounds.” [Hodgson v. Applegate, 31 N.J. 29, 35 (1959).]

The New Jersey Supreme Court and the United States Supreme Court agree. “Under both R. 4:50-1(f), and the identical federal rule Fed.R.Civ.P. 60(b)(6), relief is available only when truly exceptional circumstances are present and only when the court is presented with a reason not included among any of the reasons subject to the one year limitation.” [Baumann v. Marinaro, 95 N.J. 380, 395 (1984).]

Assuming the issue is not clearly addressed by another subsection, it may come under the umbrella of subsection (f). Indeed, “[n]o categorization can be made of the situations which warrant redress under subsection (f) … [T]he very essence of (f) is its capacity for relief in exceptional situations. And in such exceptional cases its boundaries are as expansive as the need to achieve equity and justice.” [Court Invest. Co. v. Perillo, 48 N.J. 334, 341 (1966).]

IS THERE A TIME LIMIT FOR VACATING A COURT ORDER?

DOES THE ORDER STAY IN EFFECT WHILE THE MOTION TO VACATE IS PENDING? 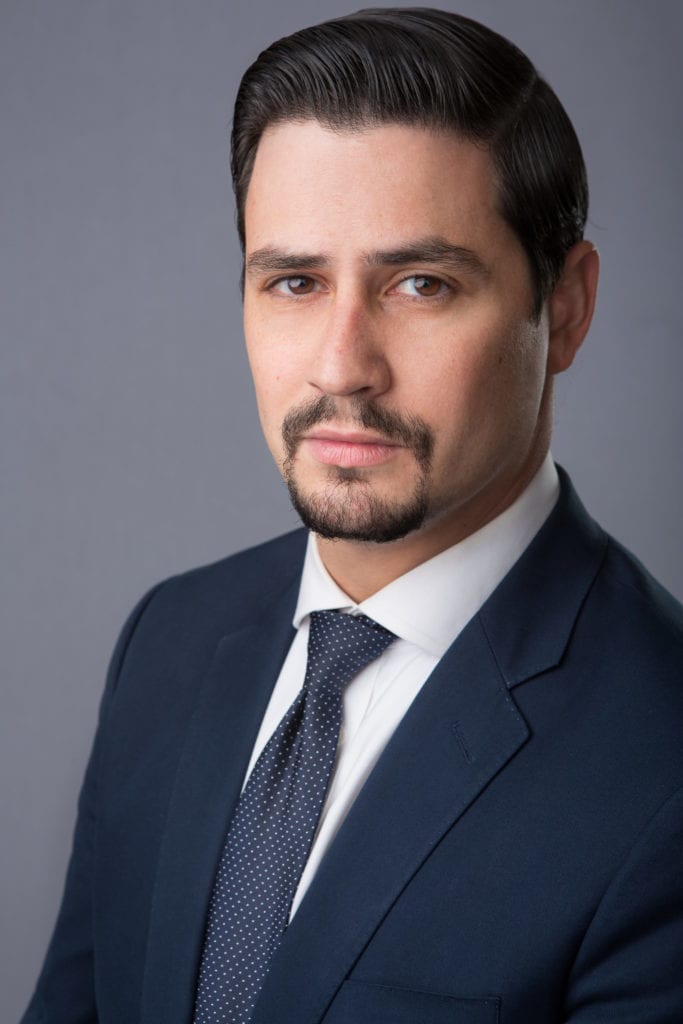